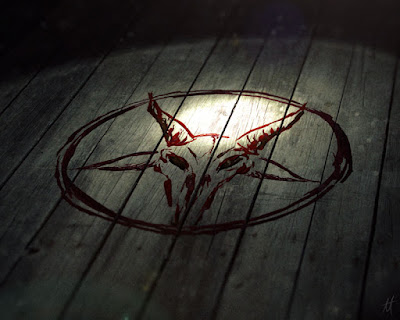 I drew a blank at "devil" because - unlike the other monsters and creatures on the Drawlloween list - I've never really found the devil to be that interesting, and I had no new take on it. On its own it's just evil for the sake being evil - what I find more entertaining are the people involved with the devil. Those who would be influenced by it or would carry out acts in its name. So with that in mind, and because I've been a real X-Files mood since the trailer for the new series dropped, I did this.
Posted by Mark on Sunday, October 04, 2015