Some more macro photos using my phone and a laser pen lens. The perfection of the guitar strings amazes me; I expected to see lots of irregularities and imperfections at this scale. 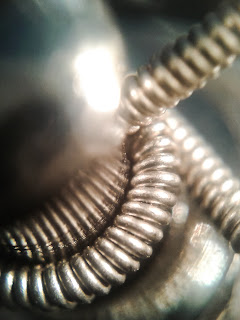 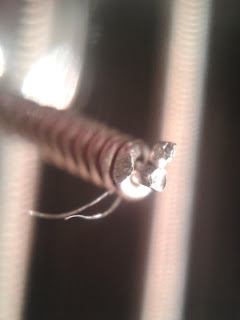 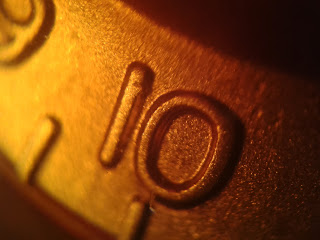 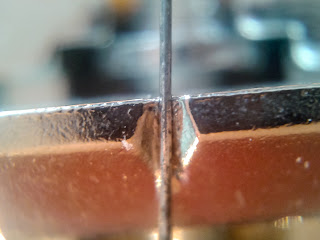 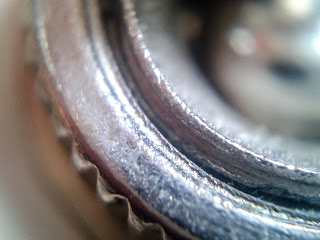 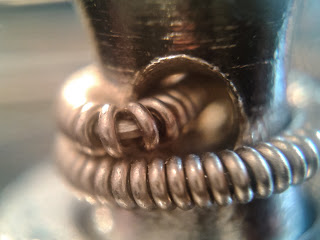 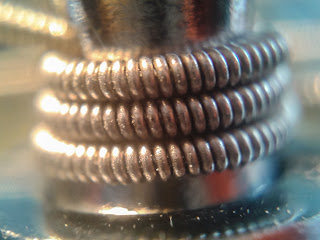 Some experimenting I did tonight with the lens from a cheap-o laser pen attached to my phone camera. No zooming or cropping has been done to these photos. 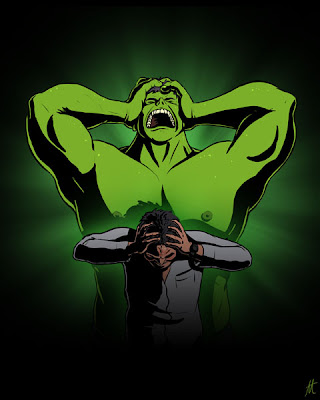 I drew the Hulk for the sketchjam topic "monster". I like him because he's part Frankenstein, part Mr. Hyde. Two cool monsters for the price of one. When I was a kid I was a fan of the Bill Bixby Hulk series, but I never saw another screen adaptation that really satisfied until The Avengers. Marvel's The Incredible Hulk did do a good job with Bruce Banner and his struggle, but the rest let it down. Now, if the next Hulk movie can mix the tragedy of Banner's existence with the emotion of Edward Norton, while at the same time keeping the passive aggression of Mark Ruffalo and the look/sound/humour of the his Hulk, then, well, they can take my money now.
Posted by Mark on Monday, August 27, 2012 No comments:

EDIT: There is an updated version of this work here. 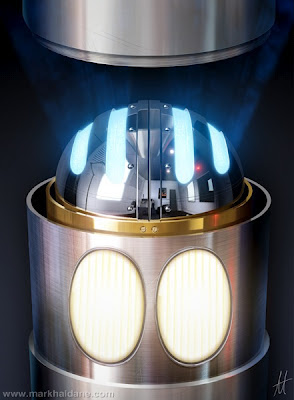 I'm a big fan of Asimov's robot stories and I particularly like the concept of the positronic brain (meaingless as the name was), which has since made it into several other science fiction titles. I like the idea that truly effective humanoid robots would need something beyond programming; that they would need something more complex and even more physical to achieve the level of interaction (and even learning) needed for societal integration. It bridges the gap between robots/computers and a living, organic mind. It offers a much greater chance to unplanned or unpredicted behaviour. It begins to bridge the gap between soulless machine and life.

The picture was based on this previous piece I did, only this time I wanted to go for a more realistic look. It gave me a chance to try creating different kinds of metal surface, which was challenging and fun.